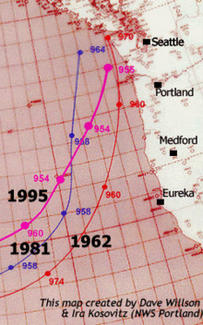 When a windstorm strikes, the impacts affect our landscape in a variety of ways. Falling trees and limbs are extremely dangerous as they can damage vehicles, homes, and businesses, and sever power and communications lines. Falling branches, limbs, and trees, and wind-driven flying debris can cause injuries or death. Windstorms on the scale of the 1962 and 1995 storms have the potential to cause power outages affecting hundreds of thousands of people and lasting for up to a week or longer. Very strong winds also have the potential to cause direct structural damages to walls, roofs, and windows.

Protect your home or business 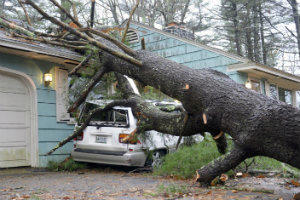 Before a windstorm strikes, there are things you can do to protect your home or business. If there are trees on or near your property that could fall into a structure, have the tree(s) assessed for good health by a certified arborist. Sick or dying trees should be remediated or removed. Assess your insurance policy to determine if it covers wind-related damages. And secure outside objects that could become flying debris during the storm.

During a windstorm, stay safe

During a windstorm, it is best to avoid being outdoors. Windstorms frequently cause tree limbs to break free and fall and to topple. Strong winds can cause a flying debris hazard which could cause injury or death. Power lines may be severed and fall to the ground. ALWAYS assume a downed power line is energized and could cause injury or death – never touch or drive over downed power lines. If caught outdoors during a windstorm, attempt to find refuge near a sturdy structure. If you are driving during strong winds, keep both hands on the wheel, slow down, and drive safely while remaining alert to possible hazards.